In order to keep something functioning properly, additional parts might be used to optimize operation conditions and parameters. But the interesting part about them is that they also need to be maintained and optimized. If this pattern continued, it would be an endless loop. The cooling fan module is a perfect example of this. It is essential for maintaining the health and function of the engine, but there is nothing to regulate and ensure its health and function.

Especially for nice cars like a Volvo, maintaining their operation is worth the effort and money. Healthy parts allow for good driving, so it is important to keep the cooling fan operating properly so that it can keep the engine running properly. Neglecting a malfunctioning cooling fan module may result in more serious and expensive repairs down the line when the engine begins to break down from overheating.

What is a Cooling Fan Module?

The cooling fan module, as the name describes, is an entire electrical system (module) that serves as a fan for the engine with the purpose of cooling it down by increasing air flow around the engine using negative pressure created by rotating blades. Like any traditional fan, it consists of a motor attached to several curved blades that increases ventilation in the surrounding area.

Problems with the Cooling Fan Module

The cooling fan module requires electricity to operate. Electrical connections rely on thin metal wires that are not very rugged and therefore fray and come apart easily, especially in vehicles, where they bounce around a lot. Moreover, its function depends on several other factors, including the temperature of the engine and an operational motor.

For example, during the winter when the temperature is typically lower and the engine will not overheat, the fan does not need to function at all. During the summer, however, the extreme heat may interfere with the thermometer’s ability to accurately interpret the temperature, causing the fan to not turn on despite the engine overheating.

Since the cooling fan module is an extremely sensitive one, it is often very difficult to identify the reasons why it might not be working. For inexperienced mechanics, it will most likely be impossible to fix the problem alone, given that it resides in the midst of a bunch of other parts around the engine, which would all need to be removed first. Fortunately, there are many simple and relatively inexpensive solutions for a faulty cooling fan module.

When it comes to cooling fan modules, self-repairs may 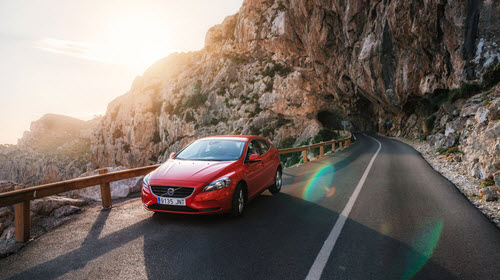 not be the best option. Most people would most likely cause more problems to it instead of fixing them, since the system is so sensitive. Given their importance and electrical complexity, the safest option is to have them professionally replaced by a reputable repair shop.

Best auto dealership I’ve ever dealt with, and I’m no spring chicken!!

Best auto dealership I’ve ever dealt with, and I’m no spring chicken!!

I recently purchased a really nice volkswagen 2011 jetta tdi turbo diesel from Geneva Foreign and Sports. The sale was no hassle and I was in and out in no time. Excellent!

After the sale I noticed that the rear defroster wasn’t working and both Kevin and the service folks were very easy to work with and very accommodating to get it repaired under warranty. I arrived about 2 hours early for my appt. and they took me right in and fixed it, while I had complimentary keurig coffee and candies.

The jetta is one that had a major recall done on it and due to that fact, VW extended the warranty on many parts of the engine out further than the original warranty. With other dealerships that I’ve dealt with, I would be quite worried that they would be tough to deal with about this complicated issue, but because of the way I’ve been treated by Geneva Foreign and Sports so far, I have total peace of mind about that issue.

I highly recommend them and will most certainly go back to them to purchase another vehicle when the time comes.

these guys are nothing but top notch! family owned and operated and tale care of the customer all the way thru the process in a gorgeous facility like no other in the area!! 5 stars all the way!!